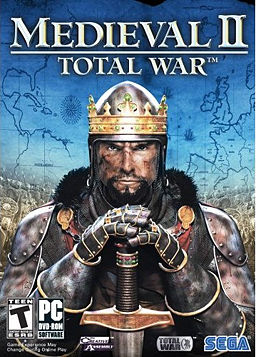 My Review
It’s been kinda boring to play games that require you to build stuff and then group your troops and calvary to attack your enemy. I’ve played Civilization and Age of Empire before and I get bored of it after I finish the whole mission.
How Did I Get To Know?
This game called Medieval II : Total War was recommended by my trustable game consultant at Mid Valley Megamall, Mr Rocky. He highly recommended this game to me as it was in the news and also in the top ranking for many months. He also told me that this game is easy to play and very challenging mission that prompt suddenly. That’s is what he says.

First Impression
It didn’t take long for installation and I get the game starting. The graphics is awesome as I start playing the tutorial.

It teach me how to organise my troops and play a strategy move to defeat my enemy. Well.. The tutorial is over and I get the foundamental to run the game and survive with the basic. I start to play in NORMAL mode and choosing ENGLAND as my tools to dominate the game.This is the time where the knights is awesome character. They were all holding sword and helding large shield in heavy armour riding an armoured horse. Those archers and light infantry are on their helmet with their spears, bow and small shield. These kind of character really cool.

Religion War
It had so many country to choose from but mainly is about religion war and land conquering. It’s kinda thrilling as you need to train up your priest to went into religion battle to convert the people through prophesy.The major religions in the game are Roman Catholicism, Orthodox Christianity, and Islam. From time to time, Crusades (for Catholics) and Jihads (for Muslims) may be called at the request of factions to rule mainly Jerusalem.

Battlefield
This is the best part to dominate the game, when you engage with a battallion of troop the game will prompt for your action. You can choose either AUTO AI or MANUAL. If you choose AUTO, you have to make sure your blue bar is longer than the red bar as that is the indication of power estimated by the game. If you have fair or shorter, you might want to use MANUAL as I mainly will win using my own strategy. If you win the battle, you will be prompt Victory message and also an action to execute. You have captured the enemy troop or known as PoW(Prison of War), you can get ransom from your enemy or execute them or release them.

Addictive Content Added
I thought of giving up during the half way if I play according the rules. I mean like we have a prosper country and everything is going smoothly. We have good diplomatic with other country and we are favoured by the Pope. It’s bored! BUT it change my mind when one of the country doesn’t leave my teritorry and keep killing my merchant. I get furious and I attack everyone in the region and I even set sailed and conquer like the ROMANS. Hahhaa.. This is where I got additicted.

This game is good to kill some boredom and also learn up your battle skill. I am not sure but somehow it teaches me to conserve the troop and set a surprise ambush for the enemy to taste. It also teaches me to take care every detail unit and location to gain great victory.The best part is I manage to win over my enemy, Roman while I am using England. They had 1,000 unit soldier and I only have 300 soldier. However I had 100 armored archers and 200 knight horseman. I set my archer at front line and bring my split my horseman into 2 company to attack them from the side and behind.my archer keeps marching forward and kill everyone in sight. My horseman keeps riding to chase the running troops. It was a heroic victory as I lost many troops as well. 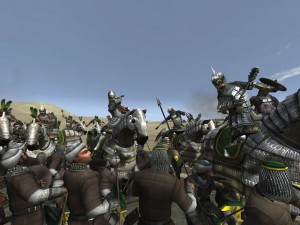 Synopsis
After more than seven years in development, Medieval 2: Total War™ is the fourth instalment of the award-winning Total War series of strategy games. Take command of a massive army — featuring an unprecedented 10,000 dynamic characters — on epic 3D battlefields, while reigning over some of the greatest medieval nations of the Western and Middle Eastern world. 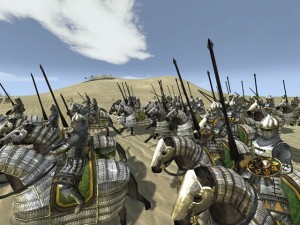 Spanning the years 1080-1530 — the most turbulent period in European history — your quest for power takes you through Europe, Africa, and the Middle East — and even onto the shores of the New World.
Leadership on and off the battlefield is paramount. With the turn-based campaign map, you’ll control everything from building and improving cities to recruiting and training armies. Employ diplomacy to manipulate allies and enemies, outsmart the dreaded Inquisition, and influence the Pope. Lead the fight in the Crusades and bring victory to Islam or Christianity in the Holy War.
With detail-rich graphics, an expanded, historically accurate campaign and a fully redesigned multiplayer mode, Medieval 2 lets you experience the most cinematic, epic and brutal real-time battles ever seen in the genre.

Faction
The campaign map is divided by a large number of factions including the English and French in Europe, the Egyptians and Moors in Africa and the Aztecs in the New World. They’ll be 21 factions in total, 17 of which are fully playable in the campaign game.

Bigger battles with fine-tuned details.
Command massive numbers of meticulously detailed troops – all of which feature heraldic finery and the distinctive colours of medieval warfare.
New epic campaign.
Explore three continents and sail across to the Americas to confront the Aztecs on their home soil.
Greater accessibility.
Experience a faster multiplayer mode on the battlefield and keep the online conflict raging.
New settlements.
Build through six levels of settlement ranging from humble villages and vast cities to wooden forts and stone fortresses.
History in the making.
Obey the demands of the Papal States or take a stand against the Pope? The stakes are high and strategy is as critical as the sword.